old post
Where is the ‘Pride’: Of Relocation and Transgression
June 30, 2017 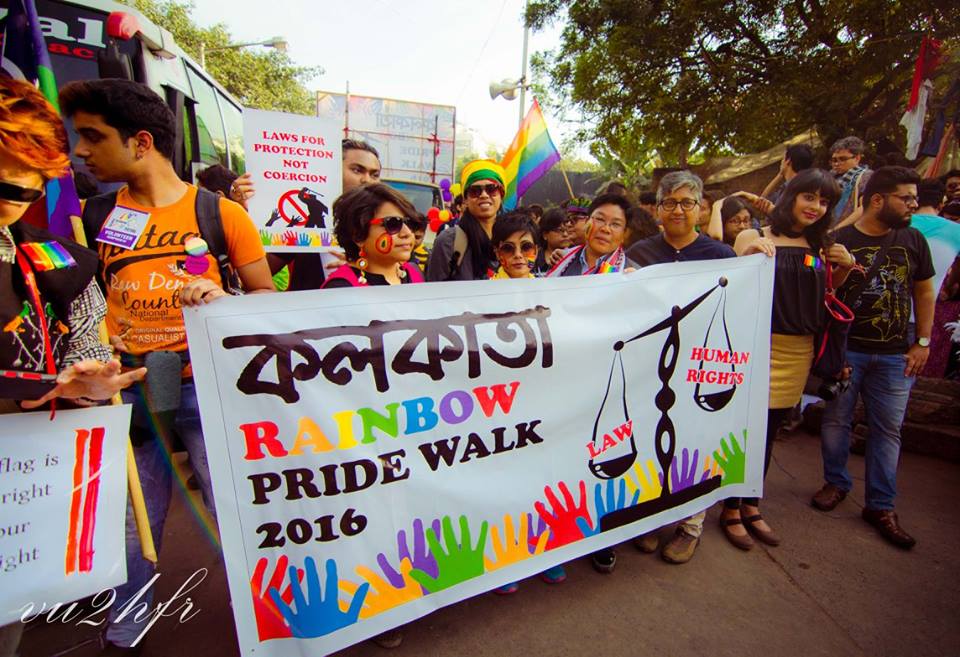 My first Pride walk was in the year 2013, when I was a relatively discreet face, only knowing the need to figure out my belonging. Since then, my interactions and engagements with the community have increased, and I have developed a more nuanced approach to the way we look at hirstory and its manifestation(s) for contemporary ways of culminating queer revolution through the queer movement.

From the Stonewall Riot to the Pride Walks now, the primary question that concerns me is how we ensure that visibility becomes a remembrance or conjuring of the hirstory that went into the making of the Pride. My gender and sexual orientation become the cause of my oppression; the construction of our psycho-social gaze around normative centres is oppressive. We hand out our (non)understandings in incomplete trade-offs to the politics of hegemony at street corners, against the barter of what has been ours forever. Dante’s Inferno talks of circles of hell; the only hell I have always imagined is how we have this innate need to start boxing our identities into labels (and vice versa). (Un)learning is this complex process where the various social politics develop the space where we exist, though the influence should have been the other way round.

The Stonewall Riot was beyond our conceptualised politics of Visibility, it was an interesting and empowering amalgamation of offense and defense; the incident was at an intersection which was more about resisting erasure. The complex performynce(s) of gender, race and sexuality amounted toan activism that focussed on radical developments, challenging power structures and social inequalities. Through waves of whitewashing, pinkwashing and capitalism, the Prides developed into spaces for flamboyant visibility and unsettlement of normativity, a voice of solidarity that developed, and the Prides arguably remain important spaces for ‘performing’ solidarity. This performynce of solidarity is rendered into moments of capacitation, realisations, fantasies and fetishes, politics and premises; these developments form the basis of the tight headed lip locks between the knotty intersections. Activism develops through experience, and exploration develops experience. Pride isn’t a walk, but an exploration: one that counters you, one that puts your ego into a (un)box of (non)judgement, and you (un)read through lines like spells and hexes. It is about the critique that develops.

We have started having numerous Prides and solidarity marches in various districts of West Bengal (not particularly aware of the scene in other states), and it is a witness that I hold to understand that this is an absolutely brilliant way to break down the urban hegemony that surrounds any sort of movement(s) that happen. It is about these districts coming up to talk about problems intrinsic to their spaces, and reclaiming their right to decide how to solve them. Intrusive help is a colonial archetype, the replica of which is a plague.

The Pride is not a one-day walk and show as claimed by many, to me. I have always seen Pride as a performynce, as an effort that manifests into effect. Pride is an every day delicacy served on platters we fail to fathom, Pride is the way we choose to interrogate our associations. For me, Pride is every time I put on Kohl and Lipstick; every time I cast a spell, every time I move my hands down the body of my partner(s); Pride is my poetry. I have learnt to take out the necessity of ‘attending’ the Pride from ‘attending to’ Pride. It is about consolidation and bewitching, remembrance and relocating. How do we relocate our Pride(s) to face our own privileges; when do we begin questioning our ways to transgress?

When did we forget that Pride is a retrospection?