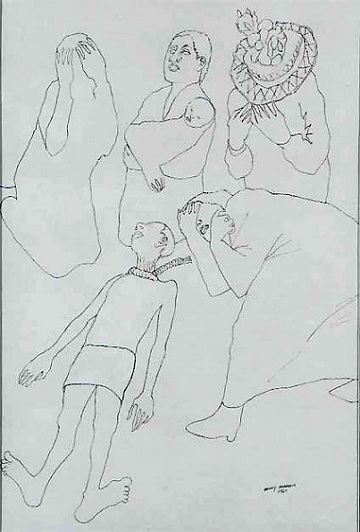 Whenever politics and religion are mixed, it is obvious that those who live outside the game plan suffer the most. Indian right-wing politics was anti-secularism, anti-democracy and anti-Indian civilisation for decades; but after it came to power, these were not enough to maintain political supremacy. It was part of the right-wing agenda to come to power with support from the majority. For that, they needed activists charged with emotions. The latter would not have been possible without manufacturing lies to lure cadres. The easiest saleable item in Indian politics is religion. So the Hindutva ideology began to exploit Hinduism for political gains: the objective was to divide Indian society between passionate Hindus and non-Hindus, and project the passionate Hindus as “patriotic” Indians, and non-Hindus as anti-India or outsiders.

The hate politics of Hindutva ideology spread further after the demolition of the Babri mosque, causing communal riots in its wake. The most inhuman face of this hate culture was seen in the Gujarat laboratory, where the state machinery was either silent or forced to support charged cadres.

Later, manufactured hate was multiplied by more fabricated lies. The propaganda handled by the Sangh, the BJP, the VHP, the Bajrang Dal, and other affiliated organisations, could manufacture hatred  using the markers of beef-eaters, love-jihad, pro-Pakistan, anti-Bharat Mata, anti-Vande Mataram, ghar wapsi, population, cultural attire, burqa, beard, cricket and identity. However, hate was not limited to the minorities now. It was also directed against those who within the majority community were against divisive hate-mongering and misinterpretation of Hinduism for political gains. The merciless murder of authors and intellectuals such as Narendra Dabholkar, Govind Pansare and M.M. Kalburgi is certainly the result of this hate-filled religious ideology.

The world media has been openly criticising this bizarre and shameless use of hate politics for votes. On 24 June, 2017, the Japan Times wrote that the riptide of politics and religion is manifest in the agenda of Indian Prime Minister Narendra Modi, who embraces Hindutva as Hindu chauvinism that sanctifies and perpetuates the politics of hate and ‘othering’ in the name of religion. In the 2014 election, the BJP campaigned with the slogan ‘Vote for Modi, give life to the cow’ and ‘The cow will be saved, the country will be saved’.

It is on record that Narendra Modi has used the animal slaughter issue to incite hate against the Congress and against minorities who consume or work in related trades. Though it was a lie, the propaganda that eating beef was against the idea of India was circulated by the RSS and its affiliated right-wing organisations and media houses for years to target Muslims and other minorities, to exploit the emotions of Hindus and fill their hearts with hatred. The historian D.N. Jha, in his book Myth of the Holy Cow, exposed RSS propaganda: eating beef was common among brahmins long before the spread of Islam in India.

The BJP has used the cattle issue to divide India according to its vote bank requirements. Its leadership is known to felicitate people who took part in crimes against fellow citizens in the name of cow protection. The Hindustan Times put it rightly: ‘The Opposition is powerless, the police are bystanders, courts have not shown interest and the BJP feels it will no longer lose elections.’ There is no doubt that politics based on religion is the main reason behind lynching in India.


Also read an extract from Rahman Abbas' novel Rohzin on Guftugu, and about his return of the Sahitya Akademi award in 2015 in protest against violence and hatemongering on ICF.