old post
Remembering the Naxalite Movement through Poetry
May 29, 2017 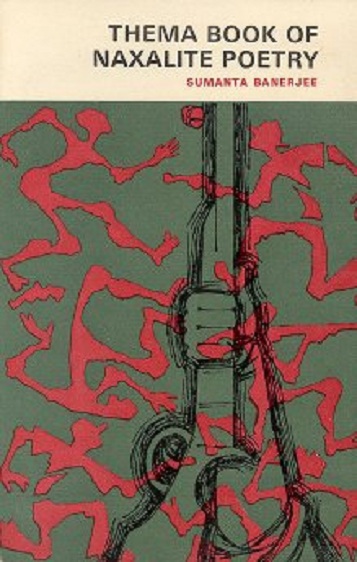 When my child
Returns from school
And not finding the name of the village
In his geography map,
Asks me
Why it is not there,
I am frightened and remain silent.
But I know this simple word of four syllables
Is not just the name of a village,
But the name of the whole country.

The last few lines of Kumar Vikal’s poem "The Name of a Village" refer to Naxalbari–a rather obscure village under the Siliguri sub-division of Darjeeling district in West Bengal that became eponymous with a new brand of radical politics in India, giving birth to a series of militant agitations and revolutionary activities known as the Naxalite Movement.

An epoch of crisis began at Naxalbari on 25 May, 1967 and culminated in Indira Gandhi’s declaration of Emergency in 1975. What began as a local campaign for land reforms among the villagers became a Maoist movement for social transformation. It rapidly spread to the cities through the intellectuals. The historical experience of Naxalism has been the paradigmatic instance of an anticipation of power through political activism and cultural change. The history of resistance is also a history of defeat, but the poet often finds a way of giving life to struggles which seem irrelevant to the oppressive power-mongers. Sumanta Banerjee anthologised several such poems which act as a terrain of struggle in the Thema Book of Naxalite Poetry. It was initially published in 1987 and later revised and updated in 2009.

The language of the intellectual elite was deemed insufficient to express the concerns of the workers, farmers, and tribes that were of primary importance to the movement. Incisive language and public themes were taken up by poets like Cherabandaraju in poems like "Rebirth" whereby they criticise the existing conformist politics and dream of rebellion –

My voice is a crime,
my thoughts anarchy,
because
I do not sing to their tunes,
I do not carry them on my shoulders.

The poem "Kabani" by Civic Chandran measures the geography of modernity both in Naxalite politics and art. He yokes together fictional and real-life characters like Peruman Verghese that bear testimony to the fact that river Kabani in Wayanad, Kerala will turn red due to bloodshed caused by the proletariat avenging years of exploitation and suppression–

Kabani is not for ever going to suffer in silence –
I suppose their witness have the right to
do whatever they want to –
Pembi’s child can burst out at the top of its voice
Pandurangan can leave his master;
Thema can cut off her landlord’s head; and
Marachathan can follow the example of his ‘Peruman’.

It is easily discernible from the book how the works of Bengali poets in this era is different not only from the period of Renaissance in Bengali literature but also contemporary movements like that of the Hungry generation. While the Hungry generation poets engaged in the use of thought-provoking imagery, Naxalite poetry is much more persuasive, charged with a sense of urgency–almost a call for action awakening the common people from their stupor. Murari Mukhopadhyay writes in "Love"–

The moon,
The river,
The flower,
The stars,
The birds –
We can look for them later.
But today,
In this darkness,
The last battle is yet to be fought.
What we need now in our hovel
Is – fire!

The extreme left movement in India has undergone a paradigm shift in the recent past as far as topography, practice, and support of the common people are concerned, but the literary production associated with the Naxalite movement continues to have a very substantial influence on contemporary culture.