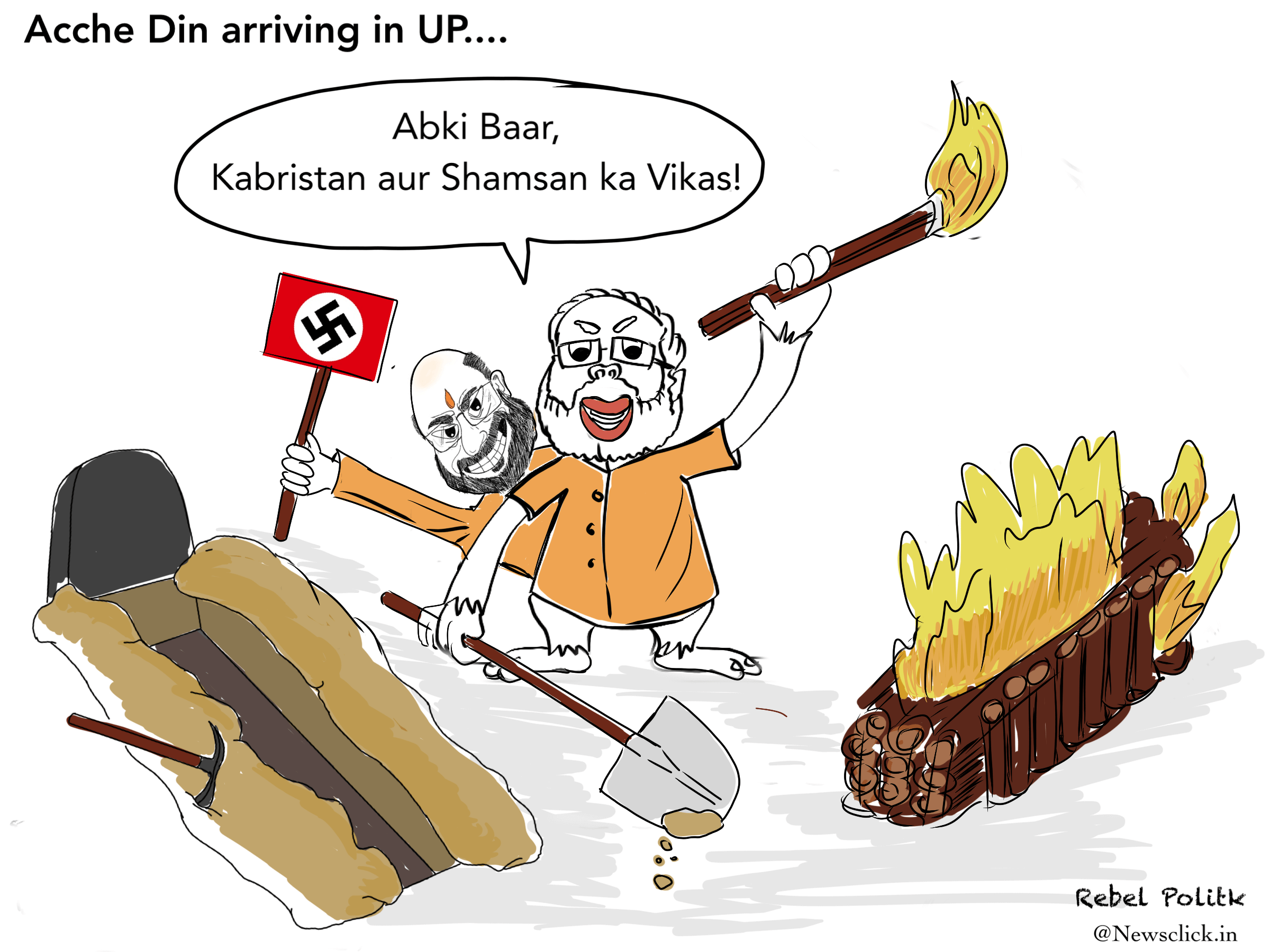 Men have gone to war since time began, for conquest, for plunder, for glory, for keeping muscles in trim and adrenalin flowing. In the Hindu caste system which divided people and conferred status according to their occupations, the warrior ranked second highest in the hierarchy of caste. War is central to our epics. Go to war is the message.

From bows and arrows to swords and shields, from hand to hand combat to war on horseback, the strategy of war has graduated to tanks and bombs and finally the power to wipe out cities and human beings by the million with a single bomb that did not only banish life from the face of the earth, but ensured that those left alive would die of disease or be killed by radiation. After this memorable step forward in the art of annihilation, a privileged club of nuclear membership reigned supreme. But the split atom was not the ultimate achievement of modern warfare. It went further, from the atom bomb to the hydrogen bomb. At the same time chemical weapons of mass destruction – napalm and other scientifically tested improvements – made sure of the certainty of  killing or maiming those on whom these were lavished. And the last century has consecrated what is known as the arms race. It has given its blessing to the ongoing manufacture of arsenals yet undreamed of.  All nations are in the race.

This then is war. A young woman of wisdom beyond her twenty years has spoken out against war and been reviled, abused and threatened with rape and worse. These assaults on Gurmehar Kaur have shown us the continuing popularity of war among those who have targeted her, and the mentality that has floated up like scum to the surface in the warlike activities that are reported daily in the newspapers. Here are some that we read about: One, in a village in Bareilly, a Hindu group has ordered the Muslim villagers to get out. If they have not left the village by the year’s end they will face consequences. Two, cow rakshaks laid siege to a hotel in Jaipur that was falsely rumoured to be serving beef. The manager was beaten and man-handled while the police watched. The FIR filed by the police said unknown persons had trespassed. The sadhvi who led the violence was not mentioned. It may be recalled that a blacksmith called Mohammed Akhlaq was lynched in Dadri on a similar manufactured rumour. His family is now being declared guilty and his murderers have been cleared as victims of the crime. Three, meat shops and slaughter houses across Uttar Pradesh have been sealed for many and various reasons, none of them clear. Three of these have been ransacked and burnt. Four, the attack on Sanjay Leela Bhansali’s film, Padmavati, the vandalizing of film sets and the order to cut out scenes from it, has been very thoroughly carried out twice over at different locations. Five, the continuing onslaught against the freedom to speak, think, and function as an academic institution should, is an on-going tragedy as the ABVP and other vigilante enthusiasts batter their way into university premises to prevent scheduled events from taking place. Six, vicious and violent attacks on writers continue.

When a nation turns upon itself, when it persecutes and kills its own citizens with abandon, when it declares that its own people are foreigners or enemies of the state, this is a situation known as civil war. We now see Indians turning upon Indians in methodically targeted ways, in some cases with guns or whatever crude weapons they can lay hands on, in some cases with black paint, in some cases with the simple device of numbers known as a mob. Today we are in a state of civil war. The most unwinnable wars in history have been the combination of civil and religious war and this is the twin ammunition in use in India today. The futility, absurdity and inanity of religious war should by now be a long established fact since God is one whom we worship in different ways, and in no time past, present or future will the human race give up the sacred right to worship in its chosen way. Whether men have been broken on the wheel or on the rack, or burnt alive at the stake, no form of torture has succeeded in making them deny the god they worship or the way they worship. In India this belief in the sanctity of one’s own religion is integral to the fact of being Indian, in a land whose Constitution has given us the right to live, love, eat and worship as we choose. The unholy war being waged on our multi-religious civilization needs to come to terms with this basic truth. But we have seen that it is not coming to terms with it because it is in the mood for religious war.

Has no political leader ever tried to reverse the inevitability of war? One did, an Englishman called Tony Benn (born Anthony Wedgwood Benn) of Britain’s Labour Party who proposed unilateral disarmament decades ago. It was a prospect unheard of and unacceptable to his contemporaries. Instead Labour went on to choose a trigger-happy leader, Tony Blair, who along with his partner George Bush illegally invaded Iraq and laid waste a prosperous sovereign nation because its dictator was about to change the terms on which he traded oil. The legacy of the Bush-Blair criminality is chaos in West Asia. And Bush and Blair have yet to be tried as war criminals.

True religion has given birth to great song, great poetry, and the great ideal of the brotherhood of man. There is no one today to proclaim this ideal, no Gandhi who went unarmed to the killing field of Noakhali and brought peace by his mere presence, no Nehru’s voice for peace in a savagely armed post-war world. It is for citizens to defend the heritage of equal citizenship bequeathed to us by our founding fathers and to ensure that religion remains a private affair if incidents like those cited above are not to become daily unchecked outrages.

As a practitioner of yoga for many years, I have been taught that a cardinal principle on the spiritual path is non-violence. No one who advocates violence is a yogi so permit me to refer to the Chief Minister of Uttar Pradesh as Shri Adityanath. He is a practical politician of long political experience, and one who has kept four key Ministries in his own charge along with control of some two dozen other departments, and therefore must be well aware of what goes on in every corner of the state he now rules. What is happening in Uttar Pradesh is taking place under his watch, a sign that Hindutva is on the warpath. Why else would the Muslims in a Bareilly village be ordered on pain of death to leave? Is it possible that the Hindu neighbours they have lived with all their lives have delivered this barbaric ultimatum? Or, as is more likely, is this another case of roving vigilante enthusiasm that consigns these defenceless Indian citizens and their families to a wilderness of fear and desperation? Shall we stay silent and watch?