Our ongoing series of interviews with a number of women we admire – teachers, journalists, musicians, students, lawyers, startup employees – all young, established, or retired professionals in their fields, discussing gendered aspects of their work and working life.  We hope you like these heartfelt discussions.  Stay tuned for more!

Film production is a hierarchical environment to begin with.
One way communication, casual sexism is pretty much the norm.
Often entry-level assistants (who are women) are put in the costume department.
When they get good at their jobs, they are moved to production.
So Ladies, dress and organise.
The entire focus is to assist the vision of others, mostly male.
So what this does, simply, is it keeps the narrative male.

There are more women in a crew now.  Just sheer numbers.  (Their personal politics/ level of awareness aside – just women who have survived or thrived in that environment.)  More Heads of Department are women.  Directors of Photography, editors and production design.  All that has changed.

But does it help to have a woman editor cut a blatantly sexist film?  Not so much.

Real change is when the content of the films changes.  And not in an obscure, well-loved indie.  The narrative needs to be more inclusive.  More types of women need to be reflected on screen.  And I don't mean shape, size and colour.  That too.  But adjectives need to change.  Verbs need to change.  Going to the movies, one should be able to feel an emotional resonance somewhere.  Only then will aspiration evolve.

For me, in film, and in life it has stayed surprising…  Men who are so political and sensitive at so many levels, are still so stunted when it comes to gender politics.

Issues around gender have often been implicated in my poems, both consciously and unconsciously.  In my earlier work, there was rage at an oppressive heritage of notions of female passivity, at bastions of exclusion and entitlement, at intellectual machismo, at old boys’ networks, the straitjacketing experience of education, at psychological violence and patriarchal religiosity (I’m thinking here of a poem, ‘Madurai’ that has the image of a pundit 'with a face about as medieval as nylon/ non-crushable/ drip-dry').

The rage often played itself out in terms of humour and irony. But it was most definitely rage. No doubt about it. I found that my love poems, in fact, often turned, unbidden, into rage poems!  And at the same time, in a poem like '5.46, Andheri Local' I found a moment of acute rage (at the hothouse experience of travelling in a peak-hour Mumbai local) morphing into an image of empowerment – 'a thousand limbed, million-tongued, multi-spoused Kali on wheels'.

It’s this slippery, shape-shifting nature of poetry that excites me: the fact that you sit down to write in a particular emotional state and ostensibly about a particular subject, but find the poem subtly transforming itself into a new animal altogether.  At the end of it, you find you are transformed too.  It’s like waking up in altered weather!

It interests me, for instance, that there's a poem called 'No' in the second book, and one called 'Learning to Say Yes' in the third!  I wouldn’t want to draw some pat conclusion here – about growing old or mellow or generally benign and accepting of life.  I’m certainly growing older, but I don't think my poetry has turned particularly mellow; its energy is more palpable to me than before, even while it turns subtler.  Nor do I think it’s turned apolitical, or turns a blind eye to inequality.  It's just that the poems seem to be seeking ways to inhabit a world without being compelled to choose between being 'cringing vassal state/ and walled medieval town' (as ‘Epigrams for Life after Forty’ puts it).

I don’t like being forced into ‘either-or’ situations.  And poetry, I believe, offers a third way – a path of exploration and enquiry, of illumination and mystery, rather than scripture and slogan, verdict and verity.

The aim and the challenge, as I see it, is to find ‘another way’, a way to stay open to surprise, even against the odds.  And so, in the poem ‘Another Way’, the challenge is ‘to stand in the vast, howling, rain-gouged openness of a page, asking the question that has been asked before’, of staying ‘content sometimes with the question mark/ even if it’s the oldest one in the book’.

This isn’t a passive equipoise.  It’s a quest for a radical life strategy, a means to stay strong and vulnerable, passionate and playful, expressive and receptive, all at the same time. That’s a balance that has to be worked at, of course.  And as I realise ruefully time and again, it’s one that has to be learned and relearned every single day!

There are various kinds of gender bias one encounters in the cultural world.  (I wrote an article on this last year – an article about the varied guises sexism wears in today’s milieu.)  Sometimes, it’s overt and sometimes more veiled.  I’ve negotiated my share of challenges – trivialisation, voicelessness, chronic self-doubt.  Not all have been laid to rest, but it’s easier now in some ways.

My advice to younger writers?  I’d say, stay allergic to conclusions – those that threaten your identity, and those that are too conveniently self-serving as well.  Keep searching.  Don’t be burdened by history, but don’t turn ahistorical either.  Your freedoms are hard-won.  They didn’t come easy.  Don’t forget their antecedents.  At the same time, don’t settle for easy badges.  Don’t allow a constituency to turn into a club or a cartel.

It’s a worthwhile journey, if you’re willing to stay open to surprise.  Don’t lose the capacity for wonder, for bewilderment, the capacity to be wide-eyed and gob-smacked.  That’s not cowardice.  That’s strength.

I've had to face the same sexism while producing for a news channel in Delhi, as I have while overseeing an ad campaign in New York.  We, wherever we are, need to push back/ shout louder/ work harder just to be at par.  I work at a retail giant's corporate HQ in Manhattan, all steel, glass and high ceilings that are shattered by power women daily.  My experience is especially interesting because in my industry I see women in leadership positions, running the show and truly owning it.  These same women, however, have had to shout louder, work harder and to constantly prove themselves.  I leave work every day feeling empowered but exhausted.

Sadly stereotypes still exist – I'll restrict my answer strictly to the HR domain.  When it comes to hiring an HR professional for factory/ industrial relations the specification in most cases is a male – a more rough and tough sort of employee base to deal with – and when it comes to hiring an HR for IT/ fashion/ media the preference is a female – there are actually specific requirements for a 'pleasing personality' and CVs with a photo which recruiters happily mention in their job descriptions!

Also, since HR is considered to be a more comfortable job – which in reality it is not, being the only profession that deals with humans and not mere data – in terms of travel, work hours etc. it's better suited to women.  Since it involves more human interaction, women are preferred over men, because the perception is that the angry employee will think twice before misbehaving with a woman  B)

It's easier being a woman, at least in my line of work, as the employer's expectations are mostly met.  As for men entering the field, there are few who take this route starting out but many who choose to switch laterally later on for a 'softer' job.  For women, moving up or sideways into more business-focused roles is definitely a challenge as those roles are mostly taken up by men, at least in my experience so far.

Certainly there are differences in pay between men and women.  There are certain factors contributing to this pay gap.  A lack of women in senior positions and a lack of part-time or flexible senior roles – women are more likely than men to work part-time or flexibly because they still undertake most of society’s unpaid caring work, and may find it difficult to access senior roles.  Also, women and men working in different industries (industrial segregation) and different jobs (occupational segregation) attract different wages.  Historically, female-dominated industries and jobs have attracted lower wages than male-dominated industries and jobs.

Work or personal life, females are always judged.  They are judged for marrying late, then for not having kids within a year of marriage, then Why are you working after having kids, then for leaving the kids in day boarding. The list is endless.

But people around me never stop judging me.  I stayed in Denmark for two years.  I just wanted to enjoy my life there after years of studying and working non-stop. But there, people judged me for not going out to work.  They were surprised, how could I be at home and still be happy with my life?  How could I leave my flourishing career behind just to be with my husband abroad?  It was the total opposite of what happens in India.

Can I just be left alone to live with my choices?  Because I don't care as long as my family (husband and kids) are happy and safe.
My experience as an IT professional and a mother is more than a decade.  At the beginning of this decade having kids and bringing them up was still more the mother's responsibility than the father's.  Leaving the workplace on time was looked at as being unprofessional – mainly because our male counterparts could easily be in office till 8 p.m.  (Why does no one take into account the endless fag breaks?)
These days there is a difference in attitude, and employees are expected to finish their work within the given timelines.  Flexible work hours have enabled us to manage work and other responsibilities more efficiently.  With Flexi hours and work from home options the unnecessary competition over who stays in office longer has almost come to an end.
In leadership positions, if as a female you want to be heard in a room full of men, then I feel that one should have an assertive, bordering on aggressive style.  Being LOUD has become part of the job because otherwise people take you and your ideas very lightly.
In the current scenario I think the above issue has been toned down a little, but still it will be very difficult for a soft-spoken, good-hearted girl to put forward her views or ideas, and get them implemented as well. 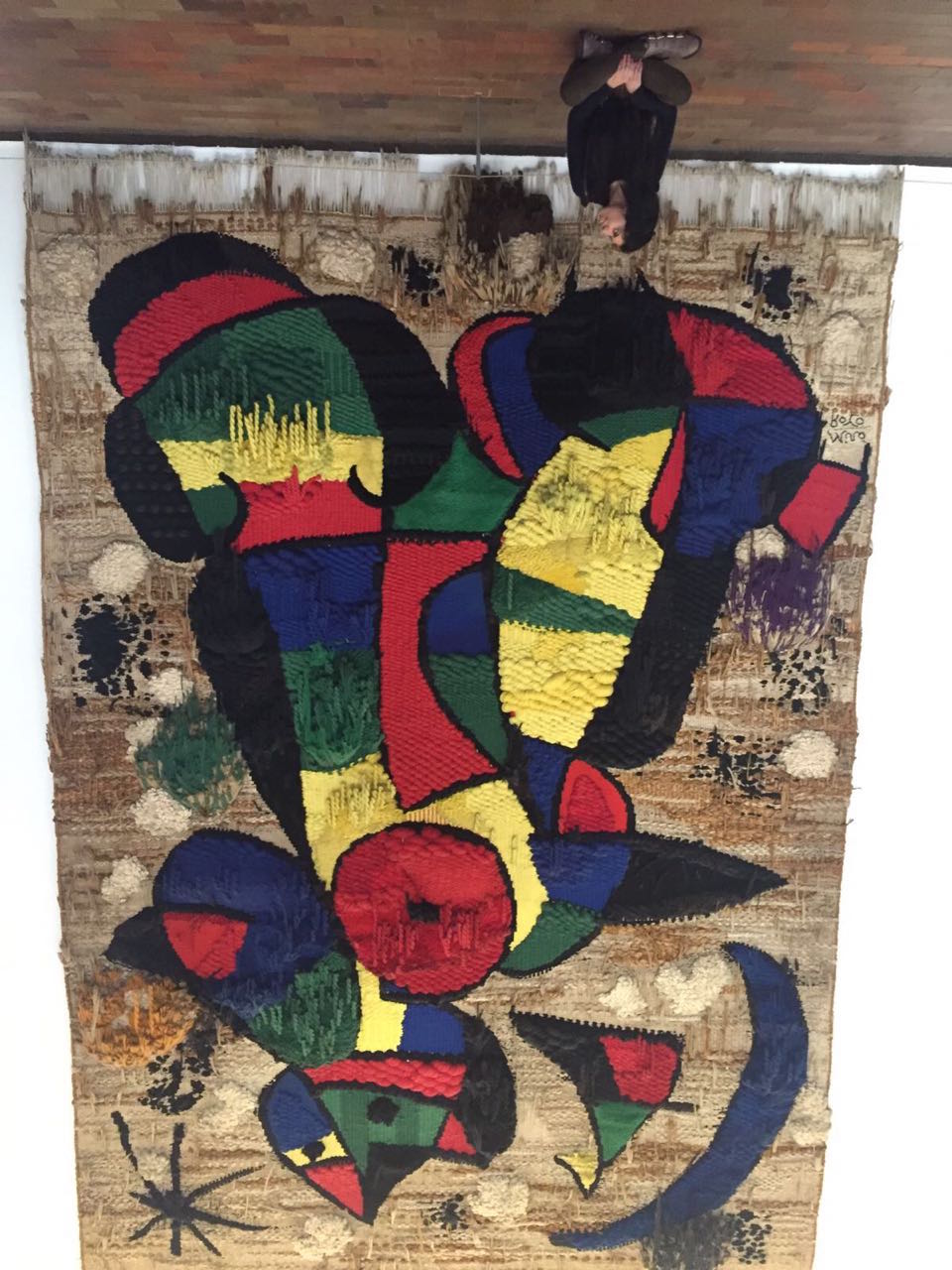