This is the first time in the history of a chequered world, fraught with wars, cold wars and open animosity that a country has debarred people from seven countries to enter their nation, based exclusively on religion. This is rabid racism, and can only open more wounds. While the Mexican expression is' refugees' a term not uncommon in India, the other ostensibly is to fight terrorism. Then why not declare it openly, and not in the garb of immigration? The country is of course full of immigrants. While some of its leaders have taken pride in its multi racial population, the present leader wants a resurgence of ethnic nationalism? But is this the way to do it, by alluring jobs, and whipping up fanatic feelings? Whether it will work or not is another question, but the precedent is ominous. People go back to racism at the slightest pretext. It is happening in India as well in the new regime flushed with grand success at the last hustings. 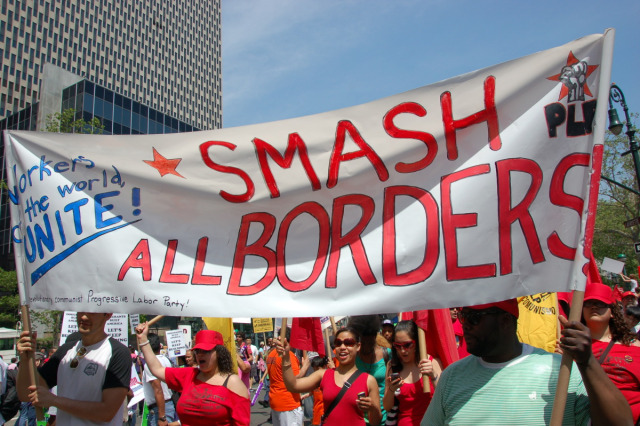 The point about Donald Trump's belief is that it is no ideology. It is simply playing to the gallery with 'this is your land', mind you not country. It also pooh poohs the very notion of cultural integration and assimilation. It is monolithic in character and nature. Monolith cultures have a way of resembling a herd mentality. That a country of America's proportions and magnitude, is intrepidity of the highest and shameless order, throwing to winds any notion of cultural humanism. A shift in such ideology can only lead to political and social atrophy, if not anarchy. Singling out countries by religious profile is the most blunt form of racism, which can only lead to a reactionary response.

Coming back to the refugee  problem, in this case Mexican. The world is split regarding this. While one part of the European world wants consensus on rehabilitation, some countries do not want to disturb demographic profile. There are countries like Greece which have welcomed Syrian refugees and are also doing the rehabilitation in quality hotels. The point is subterranean racism versus humanism. It is a matter of attitudes. But political propaganda and vitriol is another matter. People can be fuelled by such malicious propaganda abetted by insecure political leaders. If one has to go by some social site responses, obviously people are not happy. They are not also happy by such religious mongering, intending to divide people . So the plan is two fold: divide people on racial and religious ethnic lines. Whip up feelings of pseudo nationalism. It is of course a quirk of truth that organisations like the UN and Amnesty International are keeping a studied silence on this matter. For decades the US has become synonymous with world power, but at a time of internal political crisis it is pushed to the extreme, and more than dabbles in ethnocentric world views. Gone are the times when it paraded its multilingual and multiracial ethos. Its immigrants are its valid citizens. It is now looking out for scapegoats: the poor immigrant, the 'refugee' forgetting that their people are also refugees in other worlds albeit white dominated.

We are now slowly torching civilisations under the banner of the nuclear arsenal. All this talk about non proliferation treaties and anti nuclear groups are myths which must be busted. The UK leaving the European Union is a sign which has obverse realities. One interpretation could be a nationalism, the other, to wrench free from an Euro centred world. No matter how much platitudes the western world mouths, there is an inner native layer prevalent there as well. The Nazi cycle could well be repeated, as also in India where it is gathering moorings. 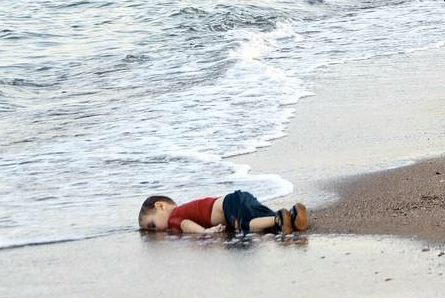 Drowned Syrian Boy washed up on Bodrum beach in Turkey

Bertrand Russell once prophetically said that the fourth world war will be fought with stones. If we have demagogues as world leaders, we might just fall into clutter of atavism. Even bombs will not matter or be used. Pernicious word play such as this will be. Although internet has created a metaphor for one world, segments of divisive interplay are out to destroy the world, its humanity and perpetuate suffering. Was the picture of the Syrian boy drowned, which left the world aghast, merely ephemeral? Are we transitioning into beast like mob culture by singling out religion? Fight terrorism openly, the world will support this. It should be an open, declared fight, not a hidden cowardly one which will only smoulder more trouble.