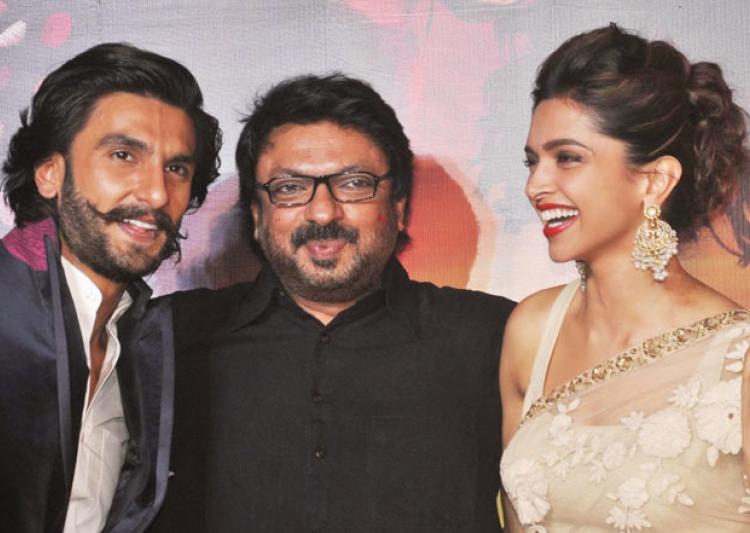 Last week popular Hindi cinema director Sanjay Leela Bhansali was physically attacked by communal-casteist-patriarchal Karni Sena of Rajput Sabha and it lead to an outpour of condemnation in social media from quite a few big-shots of Bollywood. The Hindutva brigade, as usual, stated that the outrage against few scenes to-be-shot for the film Padmavati was fine, but inducing violence was not. Similarly responses from Bollywood celebrities also expressed anger against the violence, but they did not counter the communal-casteist-patriarchal thinking behind such an attack.

Actors Deepika Padukone, Shahid Kapoor and Ranbir Singh who are acting in the movie, though condemned the physical attack, were making every effort to dispell the "apprehension" about a "dream sequence" in the screen-play of the movie depicting Padmavati (the lead character in the movie) in love with Alauddin Khilji (another lead character in the movie). This was a chilling reminder of the beef-mutton controversy following the gruesome murder of Mohammad Akhlaq in Dadri.

Anurag Kashyap tweeted about feeling ashamed of being Rajput (almost a synonym for Kshatriya in Rajasthan). He also deemed the attack as an act of Hindu Terrorism. Actor Sushant Singh Rajput, while condemning the attack, had dropped his surname "Rajput" in protest. Thus, implicitly implying that it was acceptable to be a Rajput/Kshatriya (or even to be proud of it) as long as one of your fellow caste members do not attack someone like Sanjay Leela Bhansali.

Suddenly, caste system was sought to be made non-discriminatory. Consciously identifying oneself as a member of (and not just born into) privileged oppressive Rajput/Kshatriya caste was projected as being nothing to be ashamed of as long as one dissociates oneself from this act of Rajput Sabha and Karni Sena. As we read this, in some corner of country, some "proud" Rajput/Kshatriya or Brahman or Vaishya caste member would be discriminating or harassing some oppressed gender or Dalit-Bahujan-Adivasi worker. How to fight against and attempt to give up that oppressive part of one's existence (which has been bestowed upon oneself by history and whose privileges one has grown up with) is a question that has been swept under the carpet by oppressive castes.

These responses and reactions by "celebrities" seem to portray that the elites actually (and want the masses) believe(s) caste is a system which can continue to exist without oppressive castes discriminating against oppressed castes. As if patriarchy can continue to exist without patriarchs discriminating against oppressed gender and capitalism can flourish without a worker being exploited. In other words, a systemic problem is being reduced to an aberration, a mistake or a fault of few individuals or a group or few groups.

By temporarily or momentarily giving up one's affiliation to any such exploitative or discriminatory or oppressive system, without finding fault and working towards or demanding the dismantling of the whole system, one is only trying to restore the assumed glory and goodness of that system, which has been lost due to an aberration, an avoidable violence or an act of terrorism. We must realize that the very existence of something like Rajput Sabha or Karni Sena is terrorizing to many oppressed castes. There is structural violence inherent in the very existence of systems like caste and everybody, including Bollywood big-shots, must address the very the existence of caste.