old post
We Condemn the Ban on NDTV and the Continued Attack on the Freedom of Expression of the Press
November 6, 2016 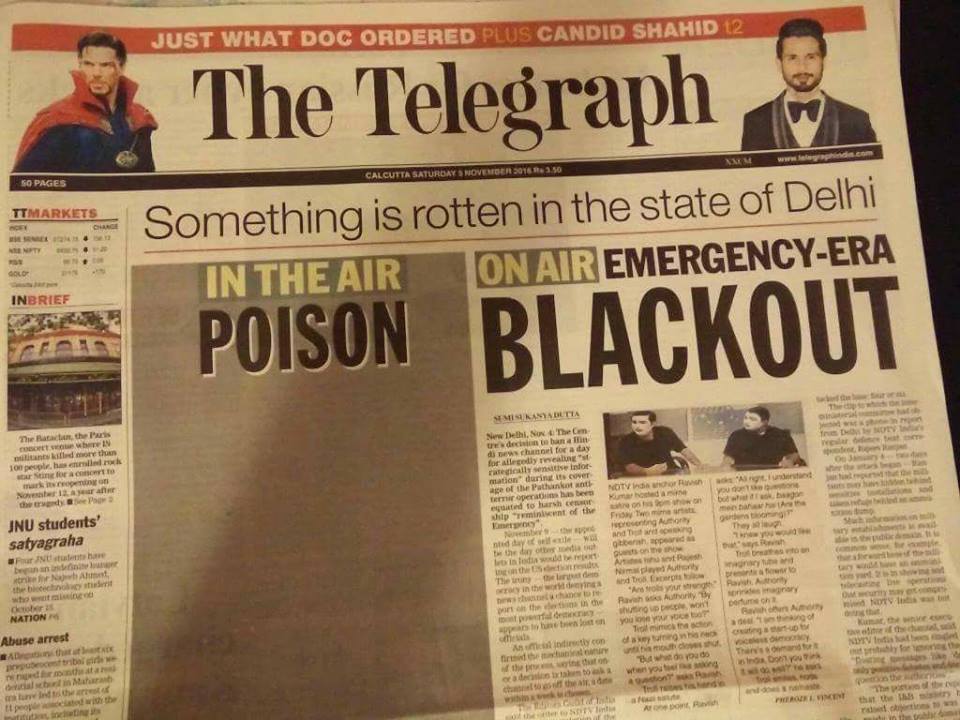 We are dismayed and saddened by the news that the Ministry of Information and Broadcasting has issued orders to take down NDTV India for one day, on November 9. We strongly condemn this decision. We consider this to be a direct attack on freedom of expression of the media and the press.

We also understand that this ban on NDTV is one among several continued attacks on the media. On Oct 2 the Jammu & Kashmir state government banned the newspaper Kashmir Reader by invoking Section 144 CrPC, read with section 3 of the Newspapers incitement of Offences Act 1971, and section 10 of the  Press and Publication Act 1989. Earlier this year, there have been continued attacks on journalists reporting from Bastar, as concluded in a fact finding report published by the Editors Guild of India. Besides these, the current government has already issued six notices last year to several regional channels.

The government must uphold the principles of free speech as enshrined in the Constitution, instead of attacking it. A critical and free media is central to a robust  democracy in which diverse and critical perspectives are articulated, discussed.

We demand that the Ministry of Information and Broadcasting revoke its decision at the earliest.