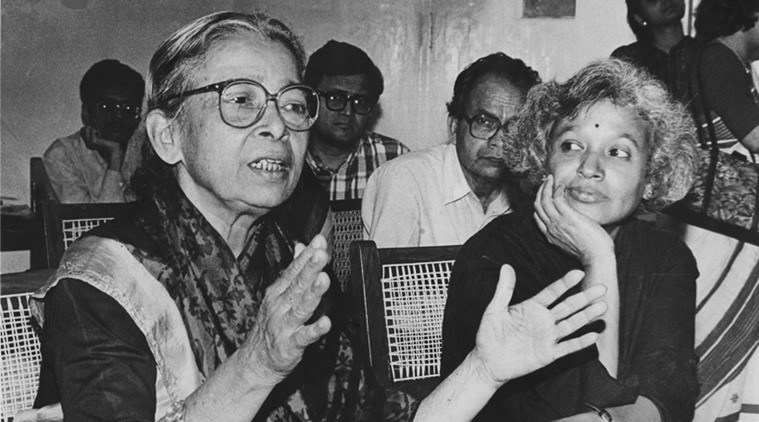 
A stage adaptation of Mahasweta Devi's short story "Draupadi" by the Department of English and Foreign languages at the Central University of Haryana (CUH) was performed on September 21, to be met with hooliganism, media trials and, finally, an administrative clampdown. The event was organised in memory of the renowned writer and activist, who died on July 28 this year.

The play, written by Dr Snehsata who is an assistant professor in the department, stages the custodial rape of Dopdi Mejhen, an adivasi woman and a naxal. The local media reported the performance, adding that some army veterans had been enraged at this taint on the army's reputation. The Akhil Bhartiya Vidyarthi Parishad (ABVP) and the Indian National Student Organisation took out marches to protest the staging of the play. Media reports were quick to compare the university with Jawaharlal Nehru University (JNU), and label it "anti-national".

However, in these and other cases, the recurring pattern seems to be the choking of free expression. Instead of defending free speech within university premises, no less an authority than the university registrar wrote to Dr Snehsata on September 22 demanding an explanation: her reply can be read here. The university vice-chancellor has constituted a five member committee to investigate the matter. This is of a piece with the administrative clampdown at JNU, where a "High-Level Enquiry Committee" was constituted to look into allegations of "seditious" speech.

The CUH administration has behaved in a manner reminiscent of our erstwhile colonial governments, which in 1876 introduced the Dramatic Performances Act to censor plays, a popular and political art form at the time. We need to ask the self-avowed nationalists why, to safeguard their own brand of nationalism, they invariably fall back on colonial-era laws – in JNU's case, laws on sedition – which were legislated only to curb nationalist movements against the British Raj.

Like the Benares Hindu University, the CUH is known to be headed by Rashtriya Swayamsewak Sangh sympathisers. A media report published last May stated that students were threatened by the ABVP when they undertook a candle-lit march condemning the institutional murder of Rohith Vemula:

In spring this year, students across the country took to the streets to protest against the BJP and the ABVP for their presumed role in the suicide of Dalit scholar Rohith Vemula, and the arrest of three JNU students on charges of sedition.

At Mahendragarh, a small group of students held a silent, candle-lit march to commemorate Rohit Vemula’s life and mourn his death, when they were confronted by ABVP members – armed with sticks and rods – who threatened the students with violence and subsequently filed a police complaint about “anti-national activities” on campus.

The Indian Cultural Forum editorial collective condemns both the university administration and the local media for their clampdown on the play, and on free expression. It is an attack not just on our right to free speech, but also a mark of grave disrespect to Mahasweta Devi, one of our most treasured writers.

An English translation of Mahasweta's "Draupadi", by Gayatri Chakravorty Spivak, can be read here.

Two years since abrogation of article 370: Human rights in Jammu and Kashmir

byForum for Human Rights in Jammu and Kashmir

Over 500 artists, academics, activists write to CJI about Pegasus scandal